4KTV flies for RAI and Mexico emerges in Eutelsat awards

They came, they saw, they conquered but most of all the breadth and capability of satellite-based TV, with Italian state broadcaster RAI lauded for its work in the UltraHD sector, was displayed at the Eutelsat TV Awards 2014 in Rome.

Moving to the Eternal City from its previous base in Venice, the awards showed the extent to which the satellite operator each has extended, especially in Africa and increasingly Latin America.

Indeed among the channels that took home awards was Mexico’s Canal Once, Euro news, Eurosport and MTV Live HD, companies that Eutelsat’s awards panel said have ‘each raised the bar’ for continually challenging their relationship with their growing audience base. Newly launched channels such as Turkey’s Moviemax Turk HD, while Russia’s Kinoklub, Italy’s DMAX and Rai Yoyo and Spiegel TV Wissen from Germany scooped awards for high production standards and carving a clear and distinctive brand. Eurochannel landed the People’s Choice Award that goes to the channel winning the highest number of votes from its fan base.

Deutsche Welle and Sky Atlantic HD were both distinguished in the Best Programme category for excelling in terms of production, performance and creativity. Deutsche Welle took home the prize for Non Fiction for The Highest Level for interpreting two piano concertos by concert pianist Yang Yang, the Berlin Philharmonic Orchestra and Liverpool-born conductor Sir Simon Rattle. Sky Atlantic took home the Award for fiction for Gomorra, one of the most anticipated crime series of 2014 based on the hugely inspirational film and critically-acclaimed novel by Roberto Saviano.

Commenting on the 2014 awards, Eutelsat CEO Michel de Rosen said: “Television sits at the heart of the digital media industry, boosted by multi-screen viewing and by social networks that are stimulating a global conversation. 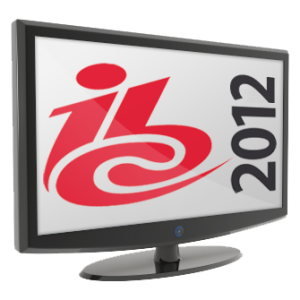 IBC provides an unprecedented chance to communicate your company’s vision and showcase innovations to a global audience. Interact with 50,000+ attendees from 160 countries attracted by the wealth of technological advances and strategic thinking that IBC uniquely offers. Join 1,300+ exhibitors in one of fourteen carefully themed and easy to navigate halls and take advantage of IBC’s host of activities to generate leads, raise your profile, develop distribution channels, move into new markets or network with peers. Achieve your business goals at IBC2012. ibc.org

BRINDISI, Italy — A bomb exploded Saturday in front of a school in this southern city, killing a 16-year-old student and wounding at least five others, local officials said, raising fears of a return to the kind of violence that shook Italy decades ago.

The explosion occurred near a vocational school named after Francesca Morvillo, a magistrate who was killed with her husband, Giovanni Falcone, an anti-Mafia prosecutor, by a Cosa Nostra bomb on May 23, 1992, an event Italy planned to commemorate on its 20th anniversary.

The bomb went off as students were preparing to enter the school on Saturday morning before classes. It consisted of three gas canisters tied together, set off by a rudimentary timer. They had been placed next to a wall not far from the school’s main gate, said an Italian official who asked not be identified because he was not authorized to speak to the press.

Witnesses described the panic that followed the explosion as “an inferno,” while television stations broadcast the eerily silent aftermath, with knapsacks, textbooks and notebooks strewed across the asphalt in front of the school, pages flapping in the wind.

There was no immediate claim of responsibility, and the authorities said Saturday that investigators would examine all possibilities, including links to the Sacra Corona Unita, the organized crime syndicate rooted in the southern region of Puglia, and domestic or foreign terrorism.

“It’s difficult to form an idea because killing students is without precedent, and doesn’t correspond to any of the models of Italian terrorism,” said Salvatore Lupo, a professor of contemporary history at the University of Palermo. “There’s no logic, but with terrorist attacks there is no logic.”

Piero Grasso, the prosecutor who leads the anti-Mafia judicial agency, described the bombing as an act of “pure terrorism,” because, he said, “Every parent will think when they send their child to school: could they be in danger?”

In recent months, Italy has experienced a level of political economic turmoil that has unsettled people, with some linking the government’s austerity measures to a rash of suicides. There has also been a rise in violence against tax collection offices — mostly carried out by indebted and frustrated taxpayers — as well as other institutions, like the military and the aerospace group Finmeccanica, which has been singled out by radical groups that pattern themselves after the terrorists that kept Italy under siege in the 1970s and 1980s.

A senior executive for a Finmeccanica-owned company was shot in the leg on May 7, and the group’s chief executive was the target of a death threat recently.

On Thursday, the government announced that it would redeploy the nearly 25,000 police officers and soldiers that currently protect more than 14,000 potential targets and 550 people, after analyzing the recent spate of attacks throughout the country.

Since November, Italy has been governed by a caretaker government of technocrats, led by Prime Minister Mario Monti, a respected economist called in to stave off financial disaster caused by the fallout from the euro zone crisis. Although Mr. Monti has broad bipartisan support in Parliament, that is more a function of the need to assure financial markets that Italy is getting its economy in order, rather than any real political conviction.

Several lawmakers on Saturday spoke of the bombing as an attack on the state. “We must all be united in the face of this massacre, this attack on institutions,” Antonio Di Pietro, a politician with the Italy of Values Party, told the ANSA news agency. “Either we immediately stem this terrorist phase, or our country is destined for a civil war.”

Interior Minister Annamaria Cancellieri said Saturday that she had been struck by the fact that the school, which specializes in fashion and tourism courses, was named for the prosecutor and his wife killed by the Sicilian Mafia 20 years ago, but she said in an interview with Italian Sky News that this form of attack “was not usual for the Mafia.”

In 1993, Cosa Nostra planted bombs in Rome, Milan and Florence, killing some civilians, but more typically the Mafia kills people that get in the way of its business, as Mr. Falcone did.

Condemnation of the attacks was immediate and widespread. President Giorgio Napolitano spoke of a “barbarous attack” and called on the government to be vigilant and firm to root out “subversive violence.”

The explosives went off just before 8 a.m., next to a group of girls. One, Melissa Bassi, 16, was killed by the blast, and another was seriously wounded. Four others also suffered injuries.

Remembering the violence of the so-called Years of Lead, a period of social and political turmoil marked by dozens of acts of terrorism carried out by left-wing and right-wing radicals, Italians took to the streets on Saturday in impromptu demonstrations and held sit-ins in many cities. Sporting events stopped for a minute of silence, and an all-night museum jamboree in Rome, which usually draws tens of thousands of visitors, was canceled.

At a rally in Brindisi on Saturday, Miriam Maggio, 23, a volleyball coach, said: “This is a quiet place where there are criminals, but such things have never happened, at least not since we were born. I fear it’s the beginning of something monstrous.”

Martina Carpani, a representative of the Union of Students, said that despite their fear, students must not be afraid of going to school. “They want to use fear as a form of control,” she said, “but we can’t let that happen.”

Bishop Rocco Talucci of Brindisi said he was both anguished and angry. “This is not just an offense to life, but especially to young innocent lives” in a city struggling to distance itself from local organized crime, he said on the state RAI Radio.

Speaking to those who carried out the attack, the bishop called for an end to the violence. “Because we have to build, not destroy,” he said.

Gaia Pianigiani reported from Brindisi, and Elisabetta Povoledo from Rome.